skip to main | skip to sidebar

I want to be a RockStar! 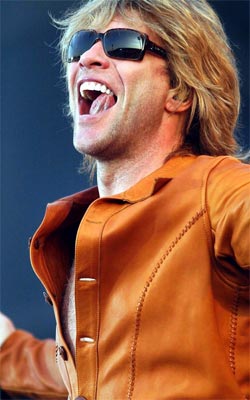 '...we all just wanna be big rockstars
And live in hill-top houses drivin' fifteen cars
The girls come easy and the drugs come cheap
we'l all stay skinny as we just wont eat...
...i wanna be a rock star' - Rockstar, Nickelback.

Rockstars, Drugs, and Sex, have had a long association. But, is that all there is to them?

I dont think so. And moreso, after happening to catch Jon Bon Jovi, on an interview with Oprah.
(NO! I do not watch Oprah! I just happened to see one of my fave singers with her while flipping channels.)

And 10 minutes into the show, my idea of the term 'rockstar,' changed!
They may have 'been there, done that'...but they too have a heart, and a soul.

Bon Jovi, the 'Philly Soul' who's probably done many a groupies, while making music, in his heydays, now, does only one thing apart from making music...making lives.

Yes...he is one of the major contributors to a charity that looks after about 60 orphans. And not only has he provided them with education at a Private School, hes also gone ahead and got sponsors to provide them with personal Notebooks, stationery, school uniforms, and a horde of other goodies(read necessities)!

Jon has made an impact on my mind. Something similar to what a close friend had stirred within me, not so long ago. 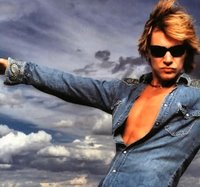 And all this, not to be great in your eyes, or that of the world. But, to live up to a promise I had made to myself a year and a half ago.

Samir Kapur
Apart from being a complete rock music buff, I enjoy travelling and integrating with people/cultures. I take keen interest in various sports like Cricket, Football, Basketball, Golf, Tennis and Baseball. Being a avid gourmand, I am very enthusiastic about trying new cuisines.